The Texas Medical Association is against a regulation slated to implement the No Surprises Act, a federal surprise billing law-abiding effect on January 1st.

The Association latterly shared that it filed a lawsuit against several federal authorities, including HHS, which jointly released the regulation in September. The lawsuit filed on October 28th claims that the September regulation weakens Congress’s design of the independent dispute resolution (IDR) process in the No Surprises Act. 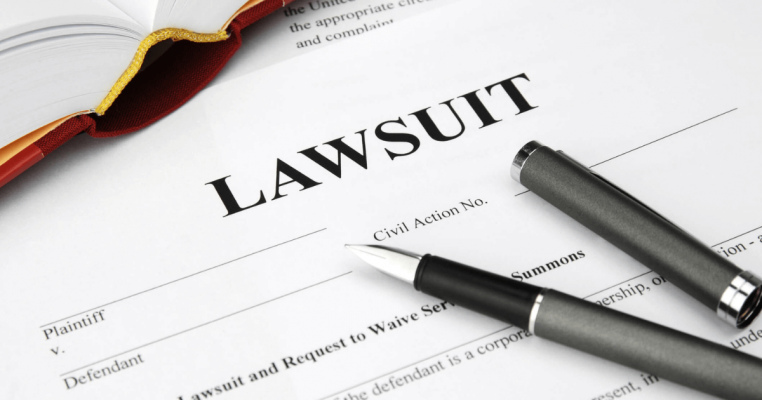 The No Surprises Act was passed in December 2020 to prohibit surprise billing, typically when a patient receives an unexpected bill after receiving care from an out-of-network clinician at an in-network facility. In addition, Congress included an IDR process to resolve payment for these surprise medical bills, which patients would no longer have to pay in full in most circumstances.

More details – What the No Surprises Act Means for Providers

Under the IDR process, the payer and provider should submit a rate to an IDR entity. The IDR entity then selects one of the proposed rates as a final, binding out-of-network reimbursement rate for the disputed charges based on various factors. For example, the factors like qualifying payment amount (QPA) or payer’s median contracted rate for the specific service in question, the understanding of the patient who received the benefits, and the training level, experience, and quality of the provider or facility provided the services.

Nowhere did Congress specify that the QPA, or any other factor for that matter, should be given priority over the other enumerated factors, states the lawsuit. Instead, the flawed rule will skew IDR results favor payers and undermine physicians’ ability to obtain adequate compensation for their services.

The plaintiffs argue that the federal authorities also limited providers from voicing their opposition to the IDR process by forgoing a notice and comment period when they released the regulation.

As detailed in the September regulation, the Association fears that the IDR process would incent payers to reduce their provider networks and reduce physician reimbursement rates to pay out-of-network providers less for debated charges under the new authority.

According to a recent American Medical Association (AMA) analysis, narrow provider networks are already a problem, which also expressed disappointment with the September regulation. The investigation found that almost three-quarters of all city demographic areas focus on payers. More than nine of ten markets also had one payer holding at least 30% of the market share, and about half of markets had one insurer holding 50% of the market share.

The lawsuit from the Texas Medical Association tries to leave the provisions within the September regulation.

Linda Villarreal, MD, president of the Texas Medical Association, said that they disappointed the Biden administration ignored congressional purpose and essentially set up the arbitration system to act as a casino, with medical insurers playing the role of the house.

“Everyone knows the house always wins. But, unfortunately, with the current rule, patients, physicians, and our country lose.”

TMA takes issue with the agreement process for settling out-of-network bills, arguing that the regulation favors insurers over providers.

David Hyman, a professor of health law and policy at the Georgetown University Law Center who researches healthcare regulation and financing, said that this is a money fight. The providers who could use out-of-network billing strategies to get sizable additional amounts are not very happy that the legislation plus the regulation will decrease their ability to do that far more critically than they believed it would.

The No Surprises Act seeks to relieve the burden of unexpected bills on patients. Surprise billing can occur if a patient ends up with an out-of-network provider at an in-network hospital. The provider may receive only a share of what they bill the insurance and pay the patient’s balance.

Hyman said surprise billing occurred because physicians who provide one-time services learned they could be better off remaining out-of-network. He noted that the patient would never go back to this provider. So there is a significant influence to utilize your differences in transaction power, like sending a vast bill and balance billing for it.

In 2016, nearly 42.8% of the emergency department visited resulted in an out-of-network bill, and these have gotten more costly over time. According to one study, emergency doctors recovered a higher share of what they charged for services for likely surprise bills than other cases. In addition, the Kaiser Family Foundation showed that two-thirds of Americans reported worrying about unexpected medical bills.

Under the No Surprises Act, patients would only pay the amount they would have for an in-network copay or deductible. Then, the provider and insurer must agree on the rest of the cost. Suppose they can’t decide on an amount. In that case, they can engage in arbitration, where a third party, IDR entity, steps in to resolve the dispute for them. Every party should propose an amount, and the arbitrator then determines which of the two is the most appropriate for the insurer to pay the out-of-network provider.

But TMA takes problem with the HHS rules for the IDR, which they say are different from what Congress expected when they passed the law.

TMA states that the law doesn’t allow regulatory agencies to dictate how arbitrators decide cases in their lawsuits. They add that the rules will unfairly skew IDR results in the payors’ favor, granting them a windfall they could not obtain in the legislative process.

TMA’s request under the lawsuit is that the court strikes the rebuttable presumption from the rule and to, instead, restore the fair, balanced dispute resolution process that Congress created.

TMA argues that the independent arbitrators should consider equally instead of prioritizing the median rate of all circumstances that might impact the price of medical services.

Wrapped up in the lawsuit is a more extensive debate over the cost of healthcare and who should determine the price tag. For example, with balance billing or surprise bills, providers can pay more for a service than they would in-network because the patient ends up covering the difference.

The new rule excludes the patient from the equation and leaves providers to work it out with insurers or turn to arbitration. Using the QPA to set the price marks a visible shift in the payment view for ancillary and emergency medicine physicians.

Regulators argue that by emphasizing the QPA, out-of-network rates will become more predictable over time, ultimately discouraging the use of the arbitration process. But TMA says the rules undermine providers’ ability to obtain adequate reimbursement for their services when they face strained resources to battle the virus.

The TMA also argues that the importance of qualifying payment amounts will make it harder for patients to access care by driving down reimbursement rates and supporting insurance agencies to continue narrowing their networks.

In other words, they argue that because out-of-network physicians might make less money, they’d leave the workforce, leaving fewer physicians for patients to access.

In states that have implemented their surprise billing legislation, like New York, regulatory guidance dictated that arbitrators prioritize not the QPA. Still, the providers would generally ask for the 80th percentile of charges or the top end of out-of-network. An organization like this might mean higher payment for emergency and ancillary physicians.

TMA is concerned about the lower payment for out-of-network providers. In the case of California, for example, which passed a surprise billing law that sets reimbursement amounts based on insurers’ average in-network rates, there was descending pressure on payments.